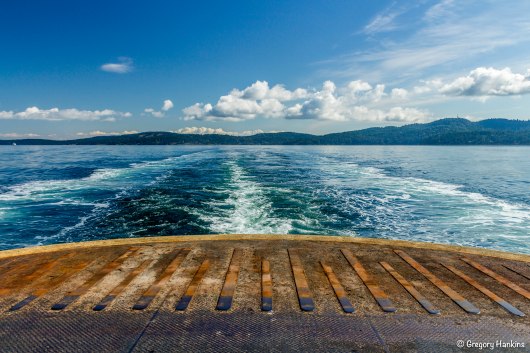 It’s a gift to share someone’s journey towards death.

I was sitting outside eating a piece of toast at around 2:00 this morning.

The night is a private place. A current of air passed my cheek like a breath. The moisture falling through the trees touched my skin and hair. I sat in the sentient darkness, and I could hear the distant, restless murmur of the sea. The night was so still I could almost feel the beating of its heart.

Then I began to pick up other night sounds. A shuffling of feathers as a bird wakened briefly and settled itself again. A fruit bat snapping up the moths fluttering at the curtained window where I’d left the bedroom light on. Something rustled in the underbrush. Probably a raccoon eating the orange I’d cut up and put on a log by the compost. 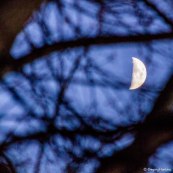 I looked up and saw the moon through a break in the trees. I thought about a friend who is waiting for an operation, and another friend who is dying.

I said goodbye to John yesterday. This morning he was transferred to a palliative care facility on the mainland. As I walked over to his house, I prayed that I would find the right words to say.

He was sleeping when I got there. I spent a couple of hours with him while he dozed. When he woke, he was immediately lucid. We talked, mostly about old movies and books, and he’d come up with a title or the name of a character while I was still groping around in what passes for my long-term memory. 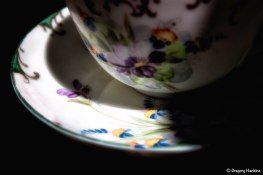 His physical form is a shell, paper thin and almost translucent. It reminds me of my grandmother’s teacups that came from China. They are called bodiless ware or eggshell porcelain, and if you hold them up to the light, you can see through them.

Most of the time, John hovers between waking and sleeping. I see no signs of pain or struggle in his face. He lingers peacefully in that tenuous borderland where birth and death are scarcely a breath apart. Not a place of darkness but of light and continuous, joyous renewal.

It’s a gift to share someone’s journey towards death. To watch them move closer to the Source where all life begins and to which it returns. In the presence of such great mystery, I am filled with something that’s close to reverence.

John asks if I brought him a smoothie, and I take it out of the fridge. He wants to know what kind it is, and I tell him to guess.

He savours it with closed eyes imitating an oenologist. “Strawberry-mango,” he says.

“Bingo!” He never gets it wrong.

He tells me he wants chocolate in the next one. “Chocolate with raspberries.”

I promise him a chocolate-raspberry smoothie that there won’t be time to make. The ambulance is picking him up first thing in the morning.

I hear a car in the driveway. It’s time to say goodbye. I was hoping to come up with something deep and illuminating. “I love you,” I say, and it sounds about right.

“Love you,” John replies, and the thing has completed itself.

In the end, it’s love that matters. It’s what the Universe is made of and why we are here. To love and be loved. Without that, your net worth doesn’t amount to a hill of beans.

I kiss John’s forehead and whisper, “Safe journey.” He closes his eyes and smiles. I let go of his hand.

Walking home, I hear an osprey circling overhead. I hope that John can hear it too. 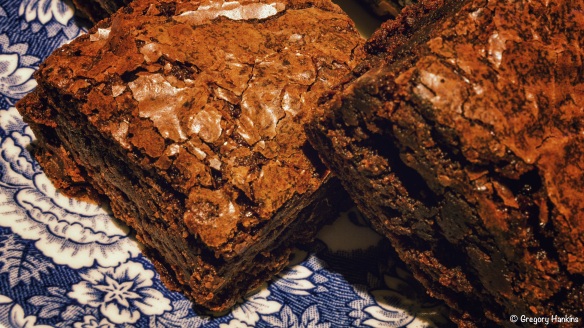 “It is the small deeds of ordinary folk that keep the darkness at bay …. small acts of kindness and love.” Gandalf

Yesterday I received a petition about a lion cub that was being starved in order to keep him small enough so that circus goers could pose with him for cute selfies. Every 20 minutes an African elephant is killed for its tusks. Pesticides are destroying the world population of honey bees, and terrorists continue to commit acts of numbing horror.

Some days the terribleness of what we do to each other, to our fellow creatures, and to the environment is so overwhelming that the weight of it almost pulls you under. On those days I have a hard time convincing myself to get out of bed.

I think the only person who has any hope of saving us is Dr. Who, but I’m not sure he’d consider us worth saving. I wouldn’t blame him.

How on earth can we heal all this suffering? Are we going to pursue the path of our own destruction until all that’s left is a couple of mutant viruses, a grotesque species of giant cockroach with 3 heads, and a wrecked planet limping around the sun until the light finally goes out?

Before this train of thought leaps off the rails and I’m tempted to end it all with a chocolate overdose, something shifts, and I catch myself sitting on the kitchen floor with a batch of brownies that I’ve fished out of the freezer and 3 bars of Green & Black’s organic dark chocolate. It’s guaranteed to contain a minimum of 85% cocoa solids. That’s the chocolate counterpart of Screech.*

At this point, I’m way beyond a hug and a cup of tea. What I need is Gandalf.

He said that it is the small deeds of ordinary folk that keep the darkness at bay …. small acts of kindness and love. In other words, magic.

I decide to give my chocolate brownies to a neighbour. This will involve getting out of my pyjamas. Ten minutes later, I go out the back gate and cut through the woods.

That’s the second kind of magic. Some of our trees are hundreds of years old. Winter storms tear at them and break off huge branches, but they endure and endure. They are so deeply rooted in the certainty. I stand under them, and they always bring me to the same place. Peace.

When I get back, I decide to check on some geraniums that are over-wintering in the potting shed. It smells of earth and dried lavender. Planting something works another kind of magic. I bought trilliums last week for my woodland garden, and wild cyclamen with their tiny, orchid-shaped flowers that sometimes blossom in the snow. I turn over the soil and gently pat them into the ground.

I grieve for the lion cub and the elephants, and send cheques that are too small to save them. I sign another petition against Monsanto.

Tomorrow I will finish cleaning up my raised beds and plant carrots and sweet peas. I will feed the birds, put up the bee house, and wait for the light to come back. It always does, and things will start to grow again.

* Screech is a lethal alcoholic beverage for which Newfoundland is famous.